Can weed really help you recover from workouts? 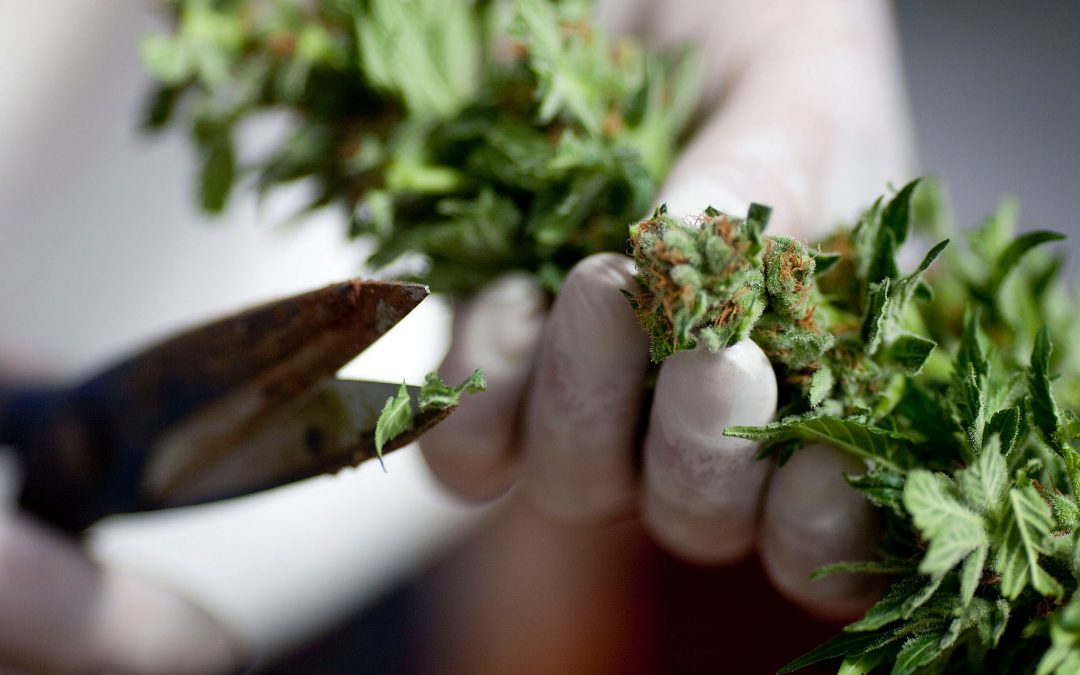 Anything that can get you back in the gym faster is worth considering. So does marijuana work? Or is the increasingly prevalent cannabis just a bunch of smoke and mirrors when it comes to fitness? We decided to find out.

WHEN YOU GET home from a grueling total body HIIT session or a long training run, you know what the next few hours hold: You’ll refuel, rehydrate, and slowly your muscles will start to stiffen and the aches will creep in (good ol’ delayed onset muscle soreness) as your muscles begin to repair and rebuild. Supplements like protein, creatine, and even ibuprofen can all help speed recovery.

The latest “supplement” to be considered for the workout-recovery list: weed. (We’re gonna go ahead and assume it’s legal where you live. OK? OK.) Plenty of people already smoke it, and as it’s become increasingly tolerated around the U.S., plenty more are trying it.

Marijuana can relieve pain and boost recovery, so why is it still legal?

Yet the question remains: Does cannabis help you recover? Or is it snake oil?

Weed and athletic recovery: What does the science say?

“While we have better data on marijuana’s effects than most think, the vast majority is looking for harm instead of benefits and/or is on chronically ill or adolescent populations,” says Jordan Tishler, M.D., a Harvard-trained internist and leading cannabis therapeutics specialist. “We’d love to address these questions with some quality science.”

In other words, there’s slim to no research on how marijuana can positively affect healthy adult guys in general, including as a recovery aid. “Say you run 10 miles and come home and smoke to ease the pain,” Tishler says. What happens? “No one is funding that study right now.”

What we do know: Cannabis probably has zero effect on the process of muscle protein synthesis. Tishler says he hasn’t seen any studies on whether or not cannabis is catabolic. Does marijuana help clean out that biological debris and reduce the swelling that comes with inflammation? We’re not sure of that either. “While cannabis is certainly an anti-inflammatory, it’s unclear if this process works at a sufficient magnitude to actually help heal muscle damage and get you back in the gym faster,” he says.

But lighting up post-workout may be able to help you recover faster in one aspect: “It will definitely make delayed onset muscle soreness—or DOMS—less unpleasant, which may lead to getting you back into the gym faster,” Tishler says.

While we don’t have any data on cannabis and the type of pain all gym junkies are most familiar with, we do know that cannabis most certainly alleviates aches. Cannabis significantly reduces chronic pain, according to a massive meta-analysis conducted by the National Academies of Sciences Engineering and Medicine that was released in early 2017. Chronic pain isn’t the same as acute pain, of course—DOMS falls under the latter—but other small studies say cannabis is good for acute pain relief, Tishler says.

The relief is probably comparable to what you’d get from taking an Advil after a run, he says, but it’s less risky. All NSAIDs—that’s nonsteroidal anti-inflammatory drugs, which include ibuprofen and all its derivatives—come with a risk, even slight, when you combine them with exercise. “People tend to think they can use over-the-counter medicine however they want, but they aren’t necessarily safe in all scenarios,” Tishler says. If you’re dehydrated, for example, NSAIDs can increase your risk of rhabdo or full-blown kidney failure. Long-term NSAID use can contribute to ulcers, Tishler adds. “Cannabis, on the other hand, is absolutely safe to use after a workout.”

What’s the best marijuana method for your health?

Edibles have become super trendy, but Tishler isn’t a fan. “Cannabis behaves differently according to how you take it. When you inhale, you get a direct and immediate effect in about 10 minutes. With an edible, you have no gauge for or control over when it will kick in,” he explains. This is where inexperienced users get into trouble: If the effect hasn’t kicked in after an hour, they often just eat another—which just doubles your dose when they both finally hit you. Plus, taking an edible that isn’t going to kick in for two to three hours won’t really help your soreness now.

Tishler’s recommended avenue: vaping flower. “I don’t recommend smoking, since that presents its own harms separate from the kind we see in tobacco. And vape oils are problematic because the process of extraction can involve residual solvents while the cartridges can contain chemicals that aren’t good for you,” he says. “Vaporizing whole cannabis flower is shown to be the healthiest.”